Workplace gossip is born out of uncertainty and knowledge voids. When employees don’t have accurate information about a decision, strategy, or company event, they tend to make assumptions.

In organizations, office rumors are often symptoms of unresolved problems. They signal a lack of communication or mistrust in formal channels. Sometimes, they’re just a way for employees to express their frustrations without confronting them.

Either way, they create a toxic atmosphere that can harm your company where it hurts the most – your team.

The remedy, as some suggest, lies in honest, open, and continual communication with your employees.

In this article, we share three ways to prevent and address workplace gossip. All tried and tested by us. Get inspired.

More than one year ago, our leadership needed to communicate a major announcement to the employees: the intended acquisition of Slido by Cisco.

We knew that this news will generate a lot of uncertainty among our employees and subsequent chatter.

With such important changes affecting the whole company, it was critical to ensure that the reasoning behind and the impact of the acquisition were explained properly to the team and that we listened to their feedback or concerns. 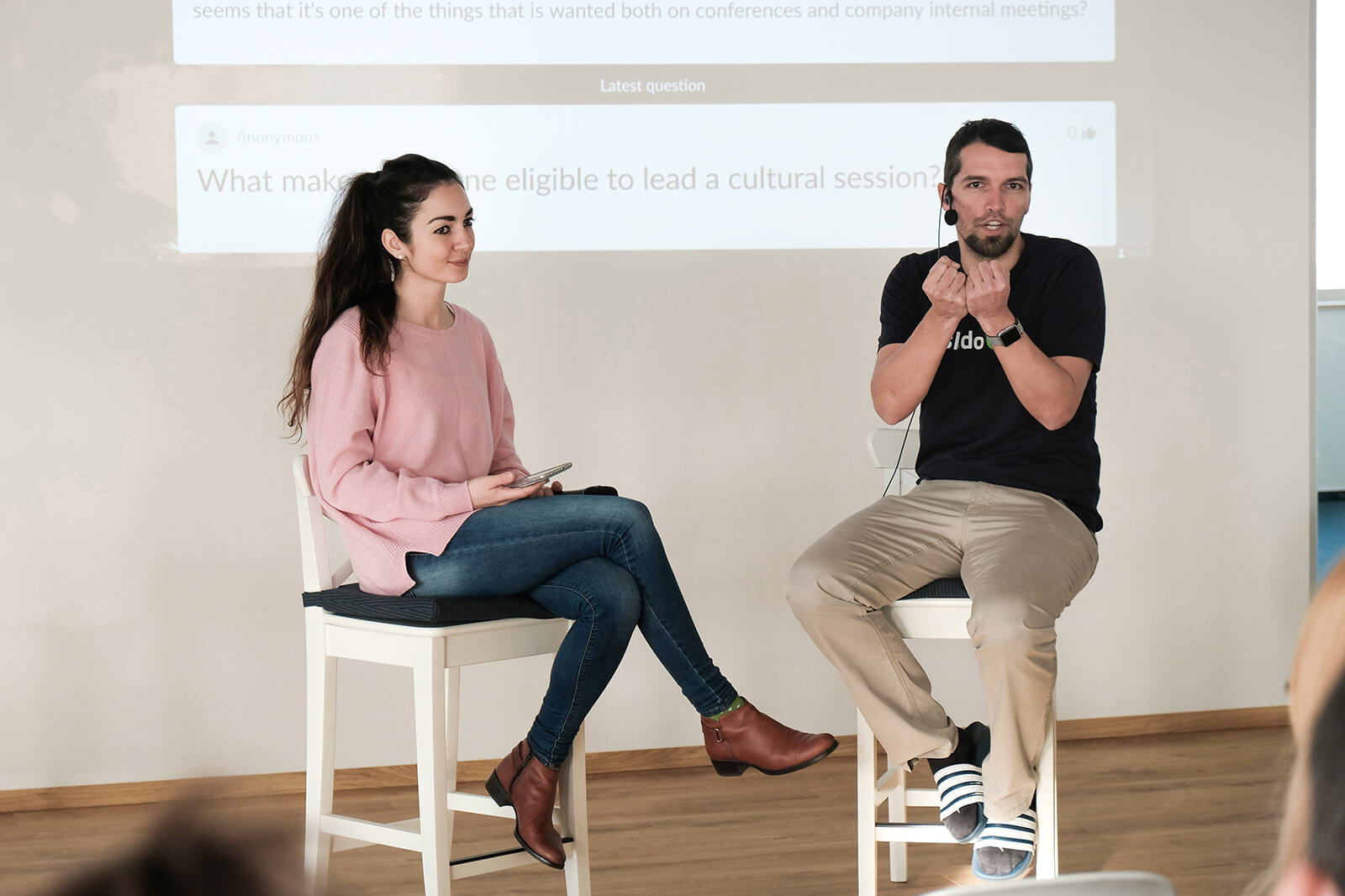 Here’s what we did to prevent unnecessary rumors and mitigate misunderstandings.

Our CEO Peter Komornik wrote a memo explaining the reasoning behind the planned acquisition, how it aligns with our vision, and its implications. The document was shared with the whole company through our Slack’s #general channel. We included a link to Slido Q&A and encouraged everyone to submit any questions or comments there.

Peter then addressed all the questions during a special Ask Me Anything (AMA) session. It was a special one-hour-long meeting dedicated solely to answering employee questions collected via Slido. But that was just the first step toward an open discussion with the team about the changes.

During the next couple of days, our CEO, our People office, and the Cisco team ran several meetings and special Q&A sessions to answer all our questions. 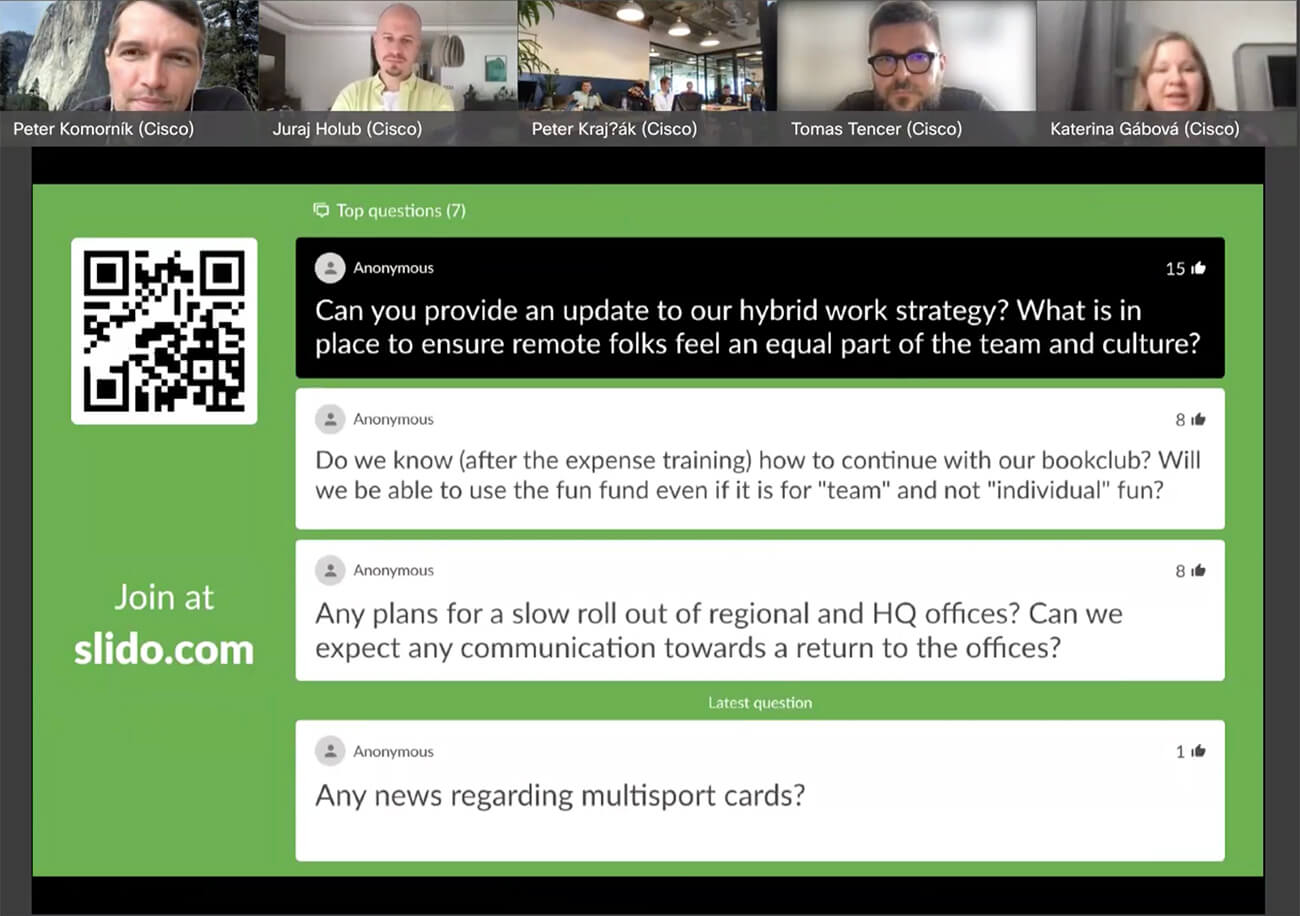 To make sure we really uncover people’s main concerns, we ran an internal barometer – an extensive survey to check the pulse of our team members. In the Slido survey, they could rate how confident they felt about the new structure and share their comments via an open text poll.

By giving people the chance and means to express their opinion through a trusted channel, we signaled that we valued their feedback and were open to suggestions to make things work for everyone on the team.

Thanks to the anonymous Q&A and our employees’ feedback, we were able to identify areas that were confusing or needed adjustment. It allowed us to open further discussions and make sure the whole team is aligned and understands how they individually bring value and fit into the big picture.

In a nutshell, these three steps allowed us to prevent unnecessary kitchen talk about the new organizational change:

2. Retrospectives: Address issues that have piled up over time

Your team members usually don’t have time to address the large-scale problems that emerge during day-to-day operations. Especially when they are busy. Yet, people start noticing things that don’t quite work according to their expectations and start complaining, both in and out of meeting rooms.

The best thing to do in this case is to give people a chance to raise all their concerns officially – in a meeting. Team retrospectives are a great tool for this.

For instance, our Customer Care team runs retros approximately every 6 weeks – at the end of each quarter and halfway through the quarter. Our Scale team, on the other hand, runs their team retrospectives each quarter, ergo every 3 months.

Whatever frequency makes the most sense for you and your team, running them regularly helps you uncover, openly discuss, and fix any problems or unresolved issues that people could gossip about.

Our teams at Slido use retrospective meetings for reviewing the pain points of the previous season and come up with ideas for improvement so they can operate more smoothly in the upcoming one. 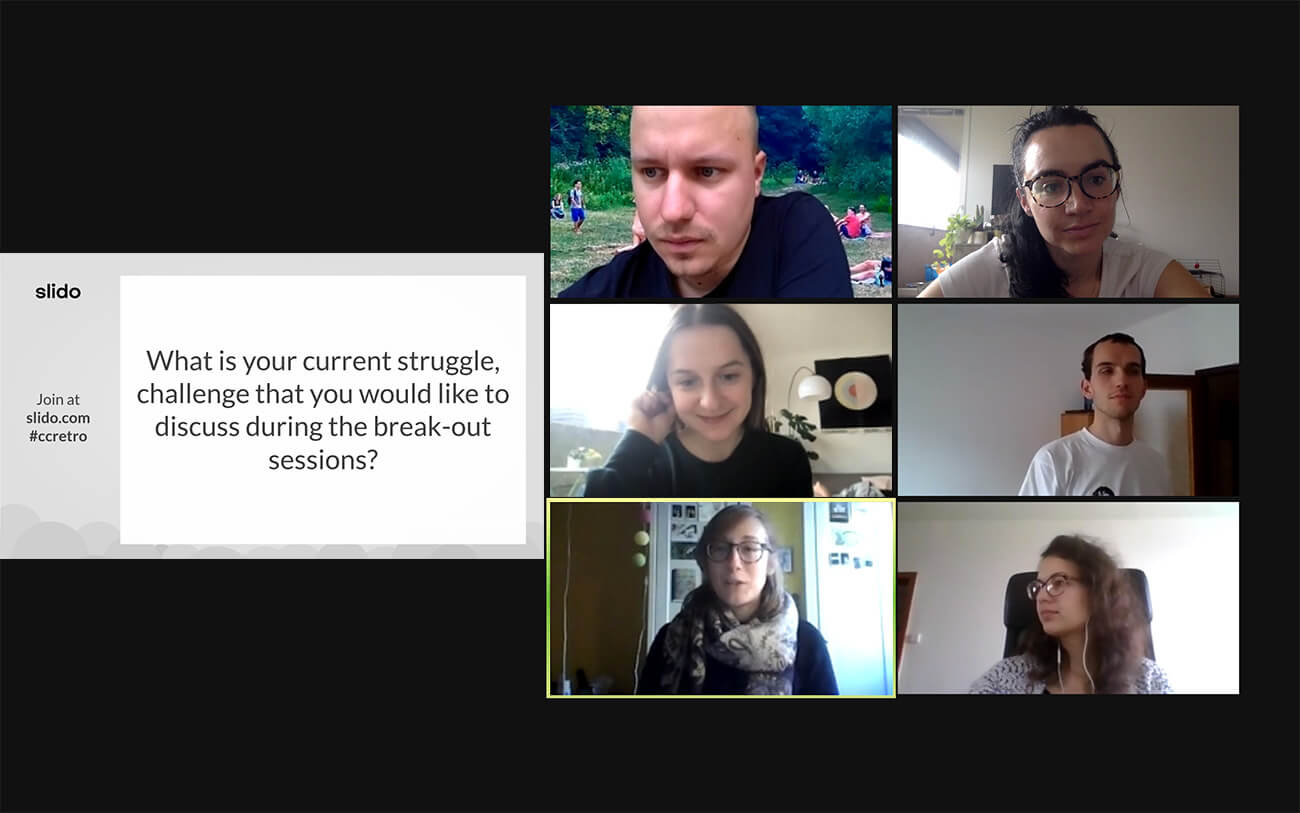 This is the time and place for them to bring up all the issues that made them ineffective or mad during the quarter/season.

They crowdsource ideas before the meeting via Slido. In the meeting, they decide on the most burning ones together and turn them into summer improvement initiatives, each led by a different team member.

After all, what’s more challenging than giving those who grumble the power to change things themselves? It gives the team both a sense of control and accountability to put the suggestions into action.

Read also: How To Run a Great Retrospective With Your (Remote) Team

3. Open discussion forum: Kill the rumors by taking the time to explain

You might not always be able to prevent office gossip. But – you can deal with it after it’s started spreading. One of our clients came up with a simple yet effective idea to address the office gossip. They called it the ‘Rumor Killer’.

The leadership called a meeting and asked their employees to bring up the rumors they’d heard about the company or the leadership. They first let them discuss the stories they’d heard in pairs. This made people feel less hesitant and reassure them that it was a safe place to talk. 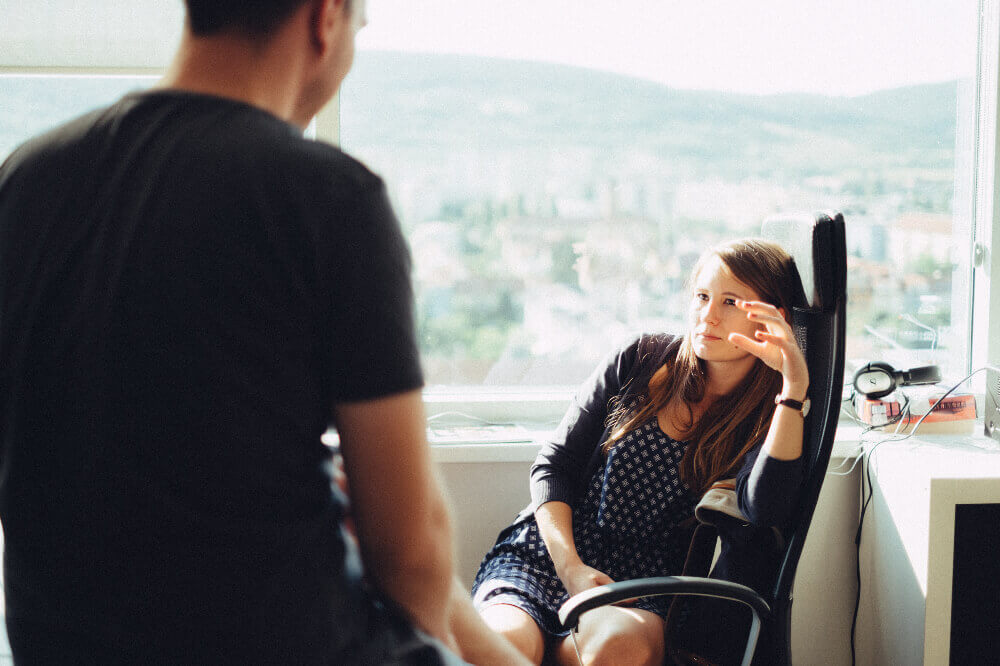 The leadership then went from the top of the grapevine and explained which rumors were true and which were not true, correcting false information and re-establishing trust in the company and its decisions.

These are some of the ideas to help you set the record straight when things in your company take an undesired turn. The key is to always listen to your employees’ concerns. Build trusted channels for the discussions to take place and address the issues out in the open.

Everything starts with you as a leader. To eliminate the kitchen talk, be the advocate of the culture you want to have in your workplace. 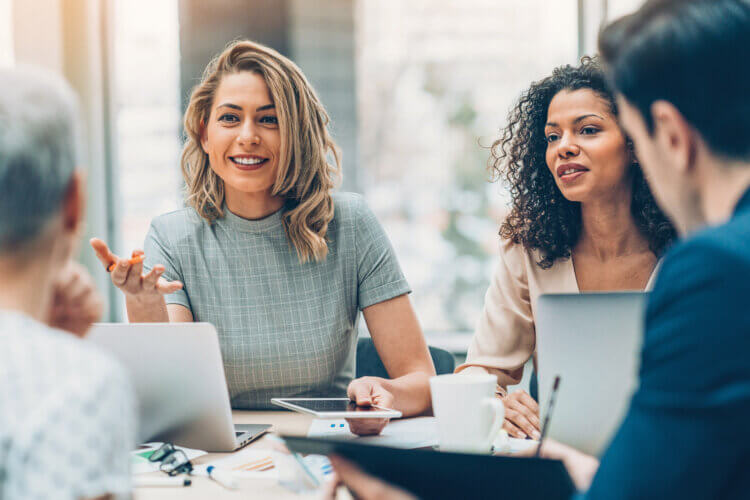 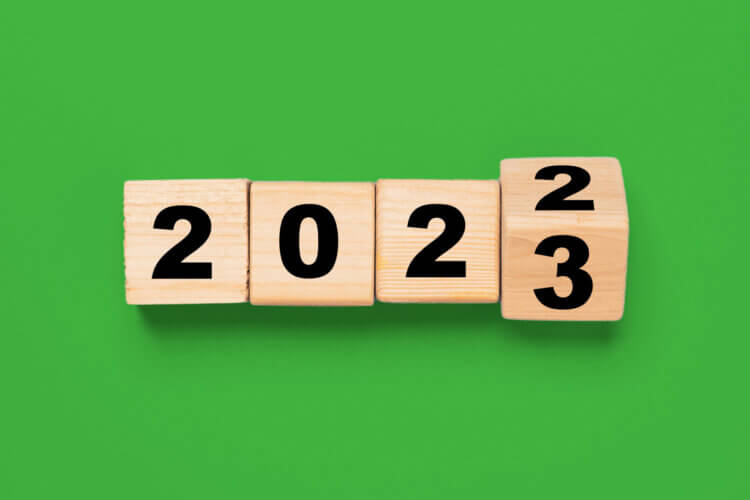 As the doors open on a new year we’d like to take a look back at how far Slido came... 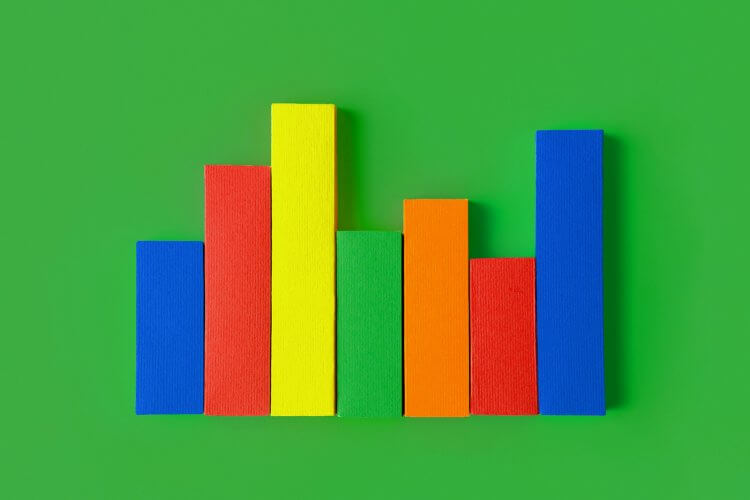 The Top 80+ Poll Question Ideas to Ask Your Online Audience

Running a meeting, hosting a training, webinar, or speaking at an event? Then polls are your best friend. Interacting with...